Great!
Article was added to the wishlist.
Show wishlist 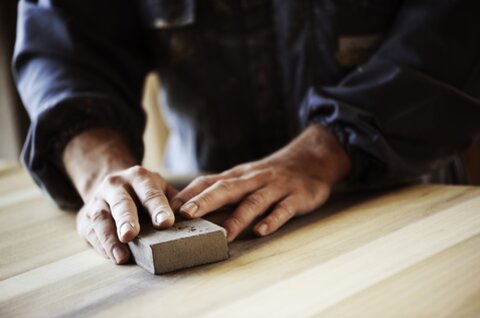 From
Lohnsburg
to the world

Once founded as a joinery in Lohnsburg, today it is an internationally successful family-owned business. With over 250 employees, high-quality tilo floors, stairs and skirting boards are still produced at the production site in the Upper-Austrian Lohnsburg.

The year of foundation.

Gustav Schrattenecker founded the “Lohnsburg Joinery” with an apprentice. In a workshop only 7.5 x 12 m in size and equipped with a planing machine, a jointer with a wooden frame and a band saw with a petrol engine, the then 31-year-old took the plunge into self-employment.

Production start of profile strips and skirting boards and the laying of parquet floors.

Due to the rapid product demand, 73 employees were already employed in 1975.

Franz Schrattenecker takes over the management from his father. His motto: “Frequently questioning what is tried and tested and always searching for innovative solutions.”

Foundation of the subsidiary company FOX Holz in Neuhofen for flooring and room acoustics.

In 1998, Franz Schrattenecker was awarded the “Viktor Kaplan Medal” of the Upper-Austrian patent holders and inventors’ association. The medal is considered the highest award which can be bestowed upon an inventor in Austria. The medal was given for the creation of the patent “solid thermoplastic wood”. In 1998, the project “solid thermoplastic wood” was named best project of the FFF Aktion Holzforschung 96-98 (area of technology) by the research promotion institute for trade and industry.

Opening of the new company building in Lohnsburg. In 2000, the tilo head office in Lohnsburg was awarded the title “Building of the Year” by the Upper Austrian Provincial Government. 90% of the 3-storey office building is made of wood.

By developing and patenting the “ParkettFIX” laying system for parquet floors, tilo gained a major advantage on the market. A milestone in the quality of wooden floors. tilo developed a holistic concept for a successful partnership. With an appealing and modern product and brand presentation, a repositioning on the market was created for our partners and for tilo.

With decking boards, tilo opened up the outdoor sector for the first time. The tilo outdoor programme is based on the use of local high-quality woods and the application of various finishing processes such as thermal treatment or the patented natural resin impregnation Natwood®. In this way, tilo relies on sustainability and environmental protection by not using tropical wood in the outdoor sector.

At the Lohnsburg site, tilo now has 250 employees.